Home
About
Who we are 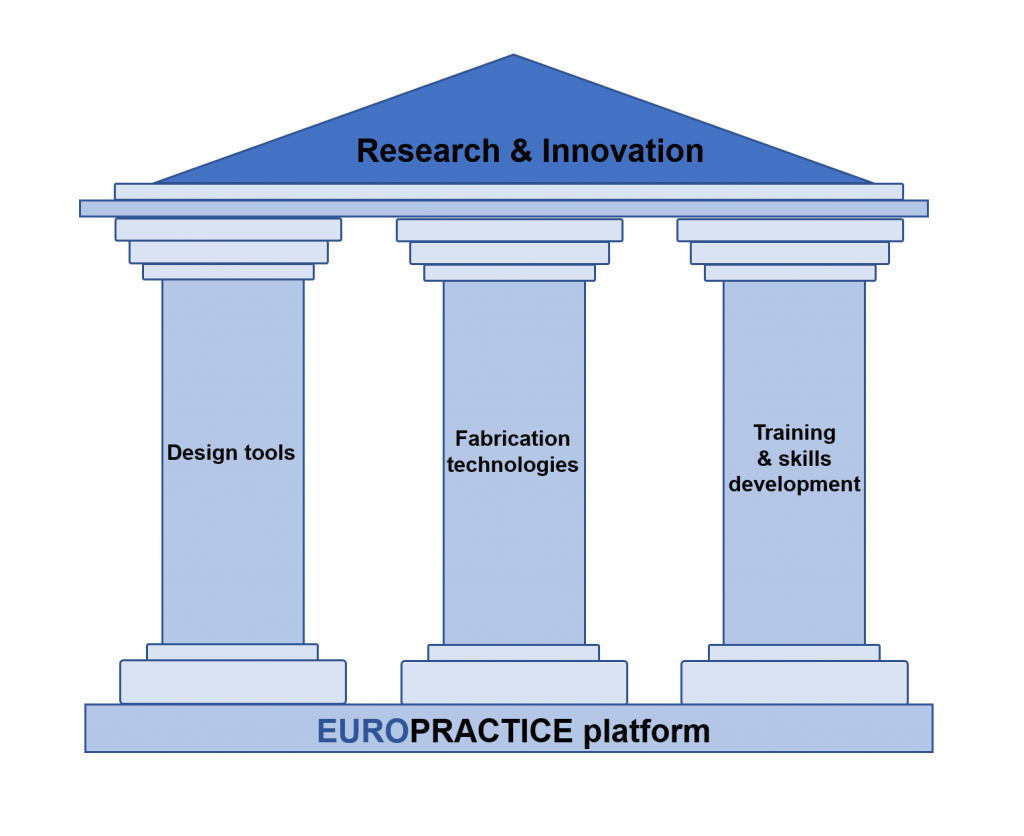 The EUROPRACTICE platform nurtures the growth of a microelectronic design ecosystem in Europe thanks to a coordinated brokerage service for industry and academia looking for affordable and easier access to electronic smart systems technologies.

It is based on three key pillars, namely Tools, Technology, and Training. The key concept is based on stimulating and supporting users from industry and academia to (jointly) innovate and exploit advanced microelectronic technologies in different application domains.

The barrier for users to access technologies and tools offered by the EUROPRACTICE platform has been lowered by affordable pricing negotiated with vendors and most importantly by extensive customer support, stimulation and training. The highly experienced consortium provides customers with initial advice about technology choices and on-going support during their design process. In addition, it stimulates users to move to smaller technology nodes through business development and by show-casing prototypes from other customers in those technologies. Finally, EUROPRACTICE develops and organizes training courses to re-skill and up-skill its users.

European Union (EU) funding has significantly lowered the cost of participating in and using the EUROPRACTICE service (access to design tools, MPWs and training). With financial support from the EU, the cost to use the EUROPRACTICE platform has been reduced, remaining affordable for most of the users, enabling access beyond the handful of the most experienced top universities to undertake research and innovation activities and train future generations of engineers. In addition, public funding enables a larger number of technologies to be offered in the program beyond the most common and ‘popular’. Absent public funding, advanced technologies would be made available much later or not at all, niche and emerging technologies from European sources could not be stimulated to a level that makes them viable. A narrowed technology offering would stifle research and innovation through the novel applications of technologies to new domains.

EUROPRACTICE was launched by the European Commission in 1995 as a successor of EUROCHIP (1989-1995) to enhance European industrial competitiveness in the global market. 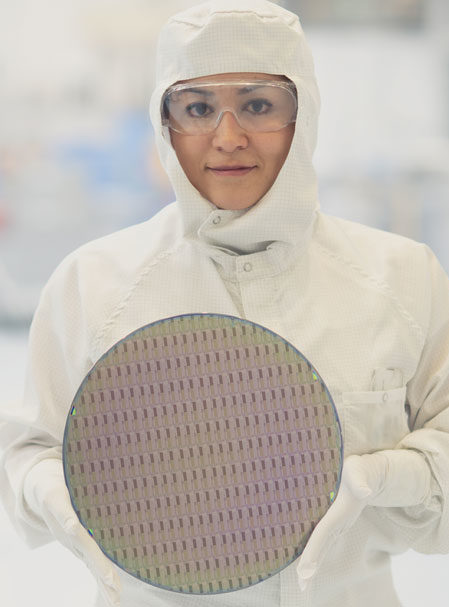 EUROPRACTICE is a consortium of five renowned European research organisations. Over the past 25 years we have supported academia and industry with Multi-Project-Wafer (MPW) prototyping services, training activities, system integration solutions and small volume production. We also provide academic institutions and start-ups in Europe with access to design tools.

EUROPRACTICE was launched by the European Commission in 1995 as a successor of EUROCHIP (1989-1995) to enhance European industrial competitiveness in the global market. In January 2019, a new Horizon 2020 project has started: Next EUROPRACTICE eXtended Technologies and Services (NEXTS), which has enlarged our technology portfolio with system integration and extended our support to the European industry, especially SMEs and start-ups.

The five EUROPRACTICE partners act as the prime interface between customers and technology providers. Each partner offers a unique set of services, such as granting customers access to particular design tool vendors, foundries, assembly and test houses.

Imec, Europe’s largest independent micro-electronics research centre, founded in 1984 by the Flemish Government, is one of the largest in the world in the field of microelectronics. It brings together nearly 3 500 researchers from all over the world to make the impossible possible in many application areas.

From 1995 until now, imec is the leading partner of EUROPRACTICE and is responsible for MPW fabrication in the following ASIC technologies: TSMC, UMC, X-FAB and onsemi. It also offers various More-than-Moore technologies with a special focus on MEMS, photonics and microfluidics.

UKRI-STFC is one of Europe’s largest multi-disciplinary research organisations: It has over 1900 employees engaged in a wide range of scientific and technological research. The Rutherford Appleton Laborator is the largest of UKRI-STFC’s Research Institutes. It has 40 years of experience supporting Electronic System Design Automation tools and routes to fabrication for universities and enterprises.

Fraunhofer is Europe’s largest application-oriented research organization. It employs a staff of more than 25 000 and its research activities are conducted by 72 institutes and research units at locations throughout Germany. Fraunhofer Institute for Integrated Circuits IIS is a world leader in applied research, providing microelectronic and IT system solutions.

For EUROPRACTICE customers, Fraunhofer provides access to and support for Application-Specific Components. It is responsible for access and prototype fabrication in technologies from ams, GLOBALFOUNDRIES, IHP and X-FAB .

Tyndall National Institute is Ireland’s largest research organization, which employs over 500 researchers and engineers. It collaborates with industry and academia to transform research into products in the core market areas of communications, energy, environment and health. The institute hosts full CMOS, MEMS and III-V fabrication facilities, as well as advanced integration and packaging facilities.