In the past, a compact, rad-hard and efficient power distribution strategy for High Energy Physics (HEP) detectors has been developed. It is based on a 12V bus that is locally stepped down using two stages of Point-of-Load DCDC converters. The first-stage converters create a 2.5V domain, which powers the optoelectronic components, while the second-stage converters step down the voltage from 2.5V to supply the front-end analog and digital circuits. Both these converters are today in production for HL-LHC experiment upgrades.

However, due to the distance between the off-detector power supplies and the first stage converters, the power dissipation, cost and weight of the wiring and power supplies are significant. 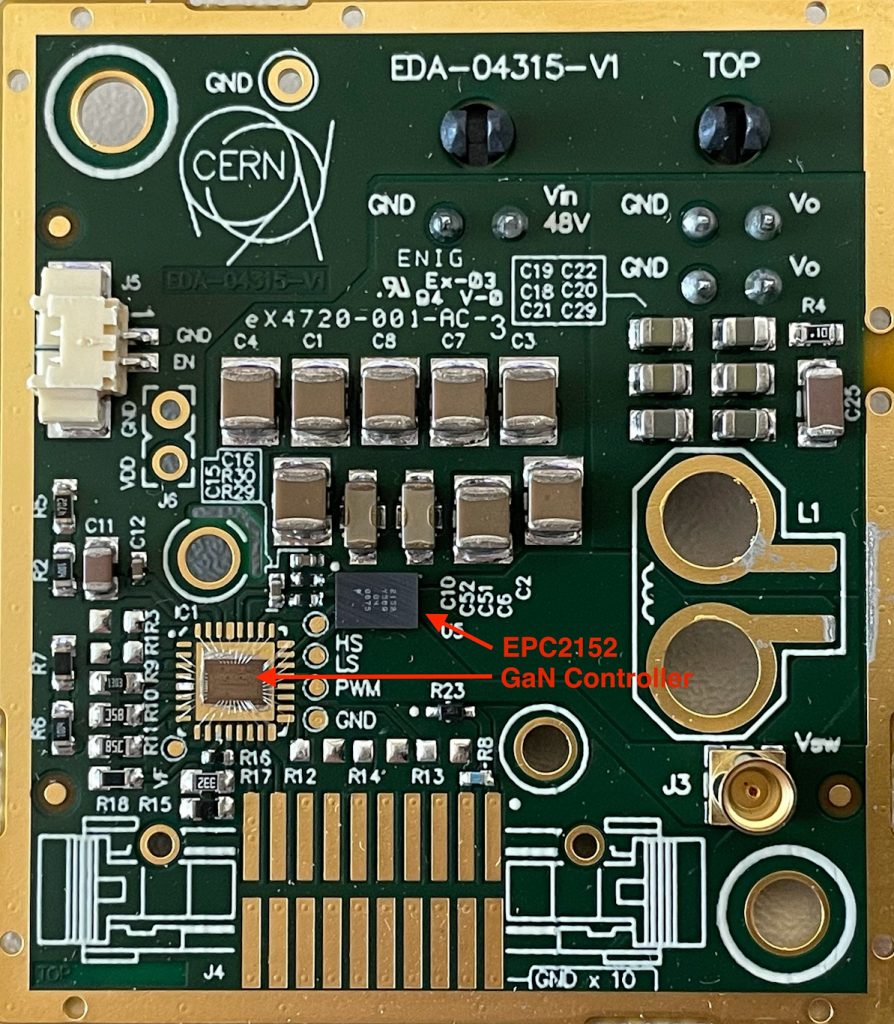 Reducing the requirements of the power distribution scheme

One strategy to reduce the requirements of the power distribution scheme is to rise the bus voltage to 48V, with the consequent reduction on the current required to deliver a given power, and step down the larger bus voltage to the intermediate 12V bus as close as possible to the first-stage converters.

Therefore, a rad-hard buck DCDC converter from 48V to 12V called bPOL48V has been developed. It includes the control circuit GaN_Controller, which was created in an onsemi technology, and the power stage, which was designed using the EPC2152 chipset based on Gallium Nitride technology. The main advantages of this topology are its simplicity and low number of active devices.

GaN_Controller has been designed at CERN using the I3T80 onsemi high-voltage 0.35µm CMOS technology and fabricated through EUROPRACTICE. Among the main features of this controller, we can highlight the radiation tolerance, the integration of all the regulators and voltage references required for the control circuitry, the voltage-mode control, the real-time optimization of dead time between the PWM driving signals, and the adjustable switching frequency. 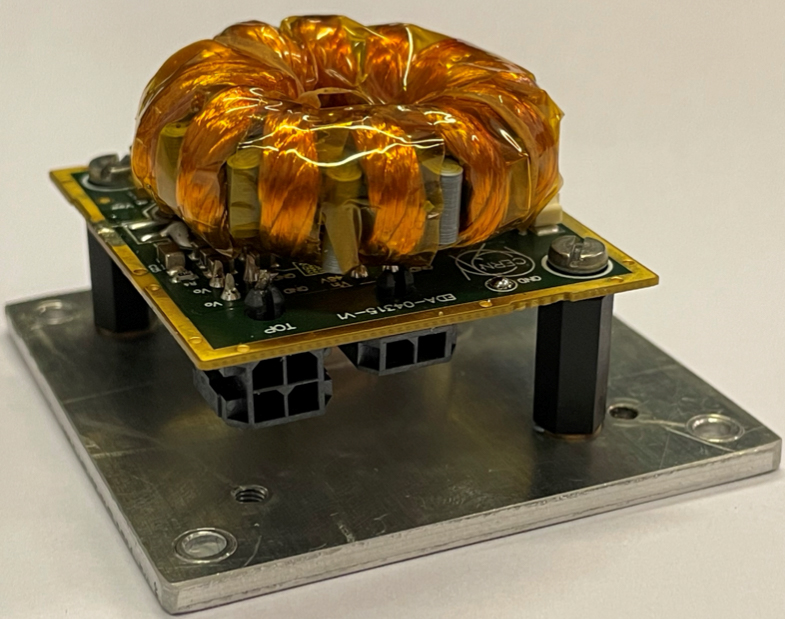 Photo of the test PCB.

The tests performed on the bPOL48V converter included the switching performance, the efficiency and the radiation tolerance. Further, the device was tested in the Cyclotron Resource Center at UCLouvain, the MC40 Cyclotron Facility in Birmingham and the TRIGA reactor in Ljubljana.

We invite you to read more about very promising results!

More about this project
Menu